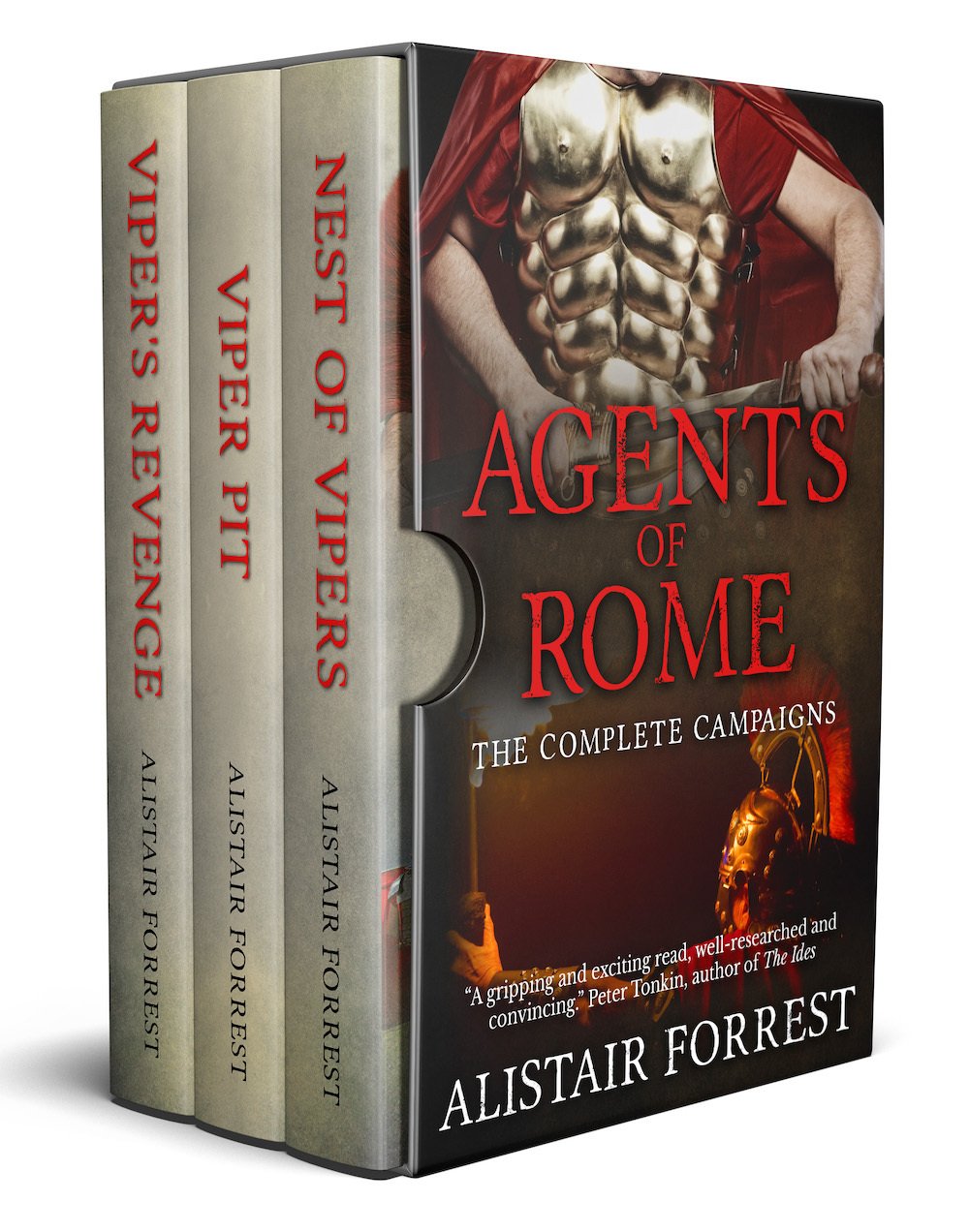 Now you can read the whole story about Agrippa's spy network and the hand Primus Pilus Titus Villius Macer had in the momentous outcome of Rome's war against the pirates of Sicily. And save money by buying all three together in one go.

Agrippa's Vipers (as imagined in Nest of Vipers, Viper Pit and Viper's Revenge) was a spy network using the code or cypher invented by Julius Caesar. This three-part story tracks the conflict between Octavian (later Caesar Augustus) and the Sicilian pirates led by Sextus Pompey who were controlling grain supplies into Italy, causing great hardship and starvation.

It's a story of courage and honour on land and at sea when the stakes could not have been higher. In Titus's case, protecting his family. In Octavian's case, saving his country from famine. And in the case of Sextus, seeking vengeance for the murder of his father, Pompey the Great.

Buy from Amazon US