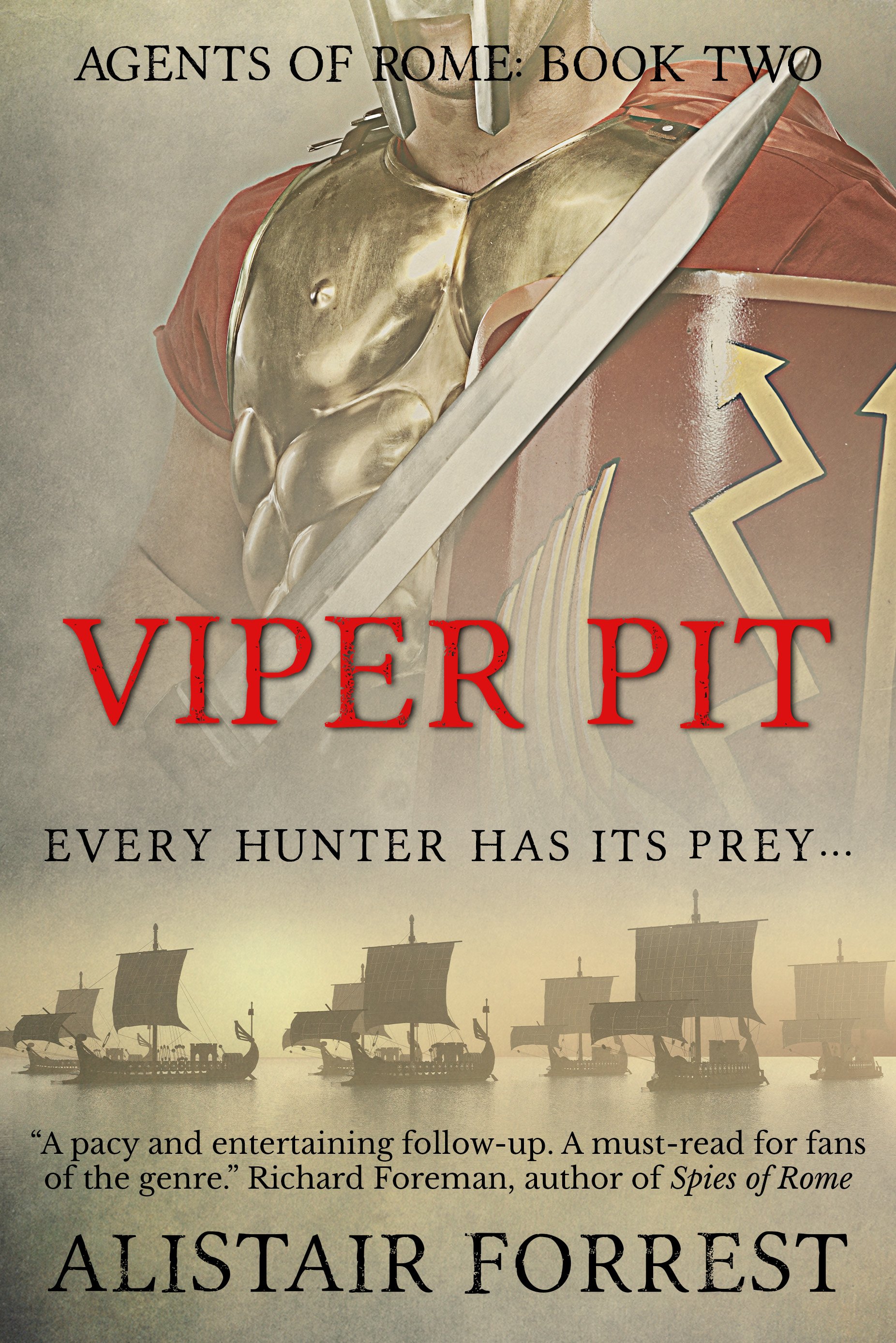 “Action-packed historical fiction. From the first few savage pages, the reader is right there beside Titus. The action keeps on coming until the tense and brutal conclusion.” Derek Birks, author of The Last of the Romans

Pacts and compromises have failed, so now Octavian must go to war to eradicate the threat.

But can his impoverished navy overcome a superior fleet, commanded by Sextus Pompey?

His spymaster, Agrippa, has placed a man inside Pompey's camp – but former centurion Titus Villius Macer must choose where his loyalties lie.

The veteran who once saved the pirate leader’s life is torn between a friendship rapidly turning sour and his pledge to serve Rome.

Titus and his reliable second-in-command, Crispus, must employ guile – and bloody their swords – to navigate the conflict and protect those closest to them.

But sometimes the greater battle is how a man deals with betrayal where he least expects it.

Viper Pit (Agents of Rome Book Two) is the sequel to Nest of Vipers and is the second of three novellas set in the time of Rome's Second Triumvirate. The third follows early 2021.

"A pacy and entertaining follow-up. A must-read for fans of the genre." Richard Foreman, author of Spies of Rome