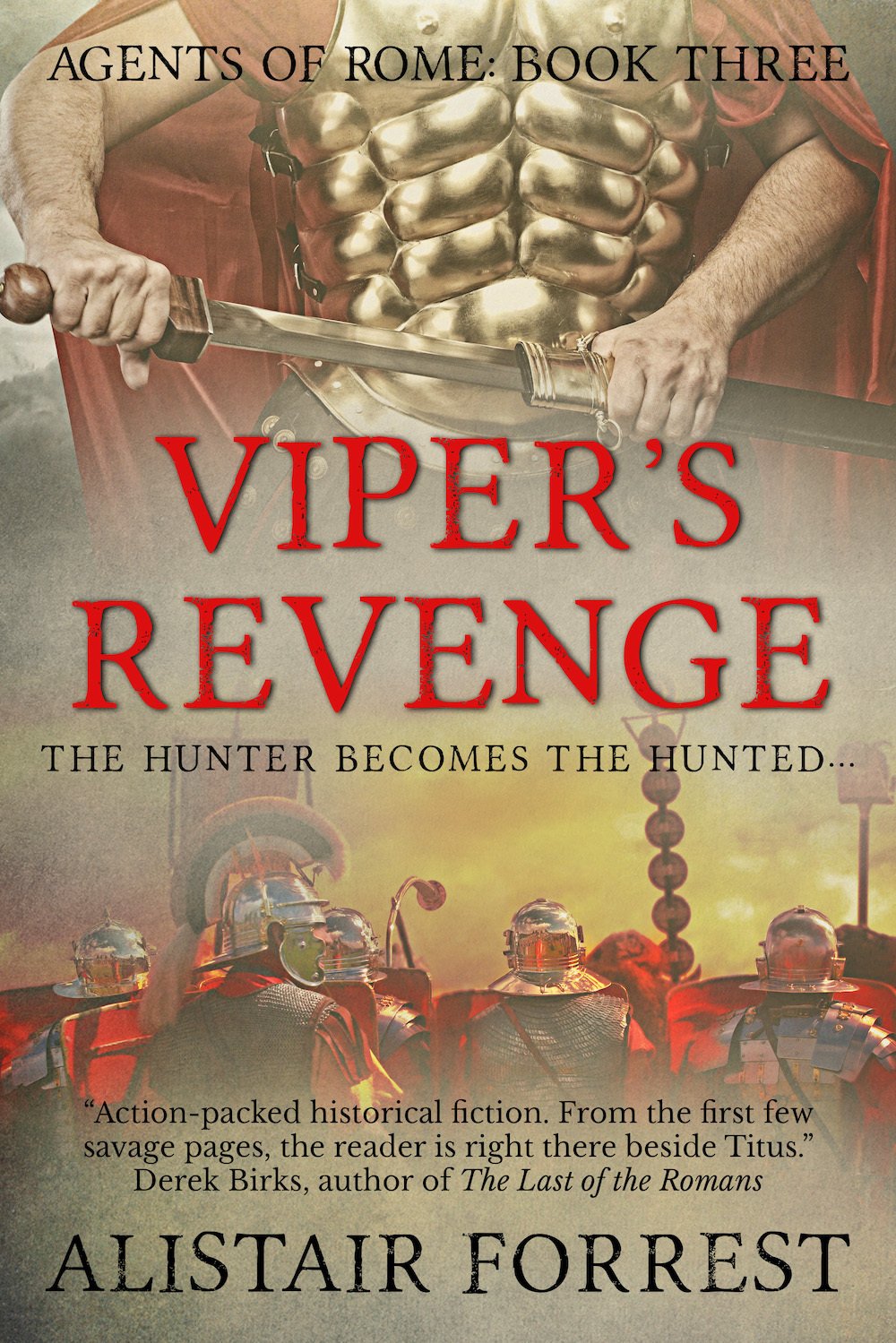 'Action-packed historical fiction. From the first few savage pages, the reader is right there beside Titus. The action keeps on coming until the tense and brutal conclusion.'

Derek Birks, author of The Last of the Romans

Book Three in the Agents of Rome series

Rome has tired of Sicilian pirates disrupting their grain supplies. Twice the new Caesar, Octavian, has tasted defeat at the hands of the pirate chief, Sextus Pompey.

To combat the problem, Octavian creates a naval base and a new fleet manned by thousands of freed slaves.

But Rome is a hotbed of treachery, and when a trusted admiral sails into the new harbour to attack the enemy's shipyards, one of Octavian’s most senior spies is cruelly exposed.

Titus Villius Macer, former centurion of the Fifth Alaudae legion, must race against time to save his family from the vengeful Sextus. The agent of Rome must bloody his sword once again, and so must his trusted friends as Rome’s new navy and twelve legions from Africa close on the pirates’ stronghold in a pincer movement.

Scores will be settled on land and sea in the Battle of Naulochus, the climax of a world-changing conflict and the making of New Rome.

Buy at Amazon US