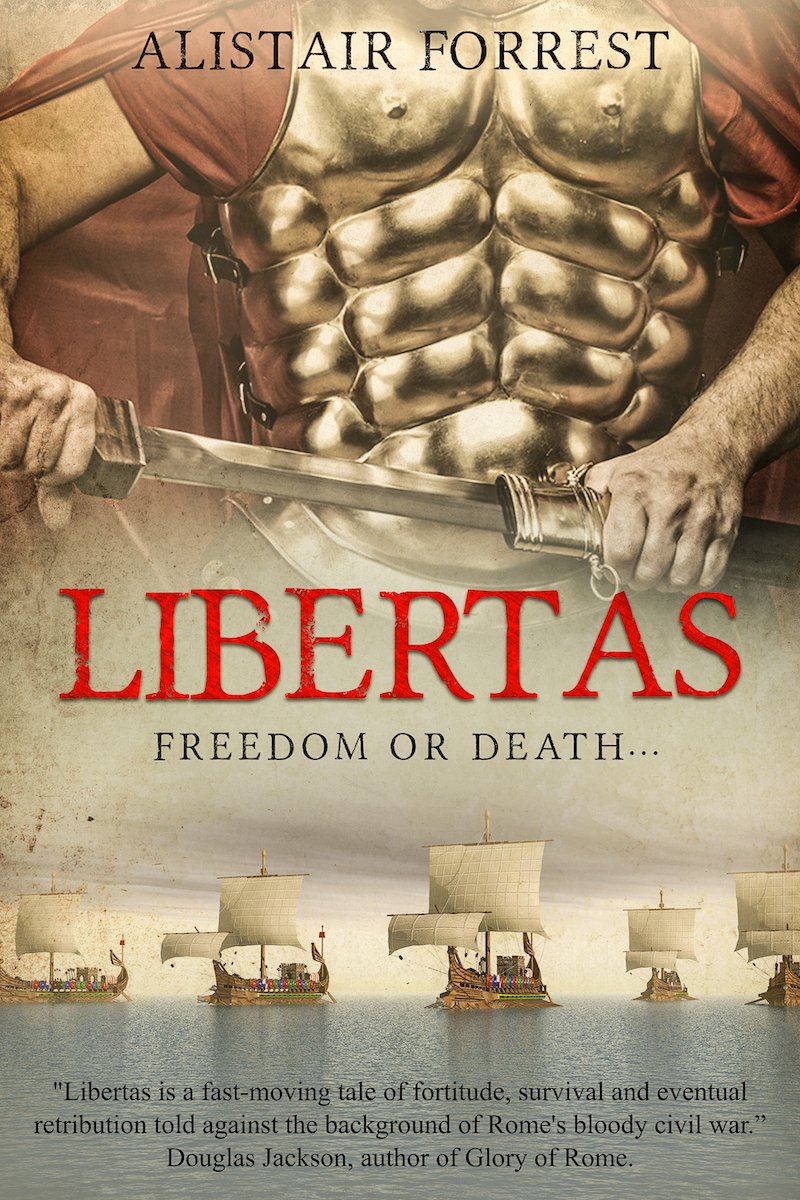 Spain 45BC.
Julius Caesar’s crack legions bear down on an obscure Spanish town, Munda, at the climax of Rome’s civil war.
Against him are ranged the massed forces of Pompey the Great’s sons, Gnaeus and Sextus. To the victor, the spoils.
Caught up in the conflict is an unlikely hero, Melqart. Near fatally wounded in the battle, his family is sold into slavery and his people oppressed by Arsay One-Eye, a foe crueller than Caesar.
Melqart’s quest to free his family takes him to Sicily and the shores of Africa as he encounters enemies and allies alike.
Ultimately, the Spaniard must return to his homeland and confront Arsay.
Melqart and his people must free themselves, or die trying.
Published by Sharpe Books, London

'Libertas is a good read: pacy, exciting and often funny. Forrest makes us care about Munda. He captures the tragedy of a people dragged into the horror of a vicious war brought about by circumstances over which they had no control and could hardly understand.' Lynn Guest, Historical Novel Society